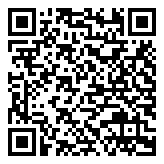 How to cook hard-boiled eggs properly Gaston Lenôtre, in his books, say that boiling water for eggs should be salted and vinegared. Probably because egg shells are porous, and so that salted water can salt the egg when cooking?
I've tried it, but I don't taste a real difference. What about you?
View this recipe : https://cooking-ez.com/trucs_astuces/recipe-how-cook-hard-boiled-eggs-properly.php
September 29th 2022.